Winter makes me want to hibernate and watch the snow fall out my window. And while I cozy up on the couch, I love making casseroles or baked entrees that make my house smell fantastic.

Here’s a compilation of some of my favorites: Buffalo Chicken and Bacon Bubble Up
7 SmartPoints or 291 Calories 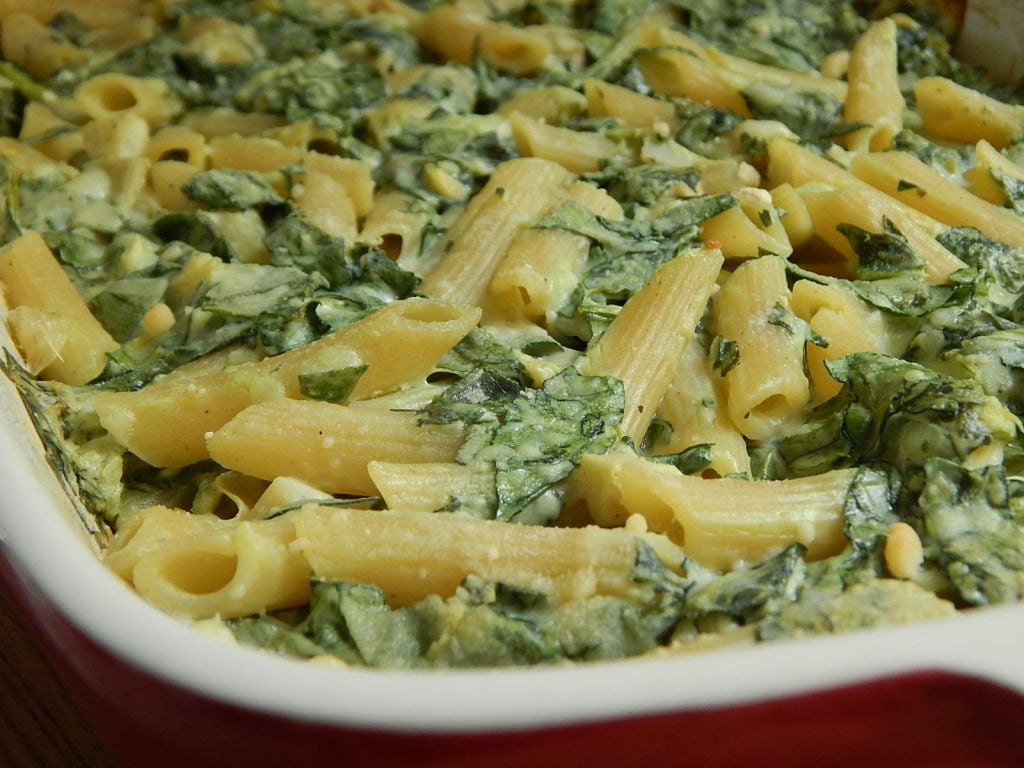 Baked Penne with Spinach and Tomatoes
10 SmartPoints or 317 Calories 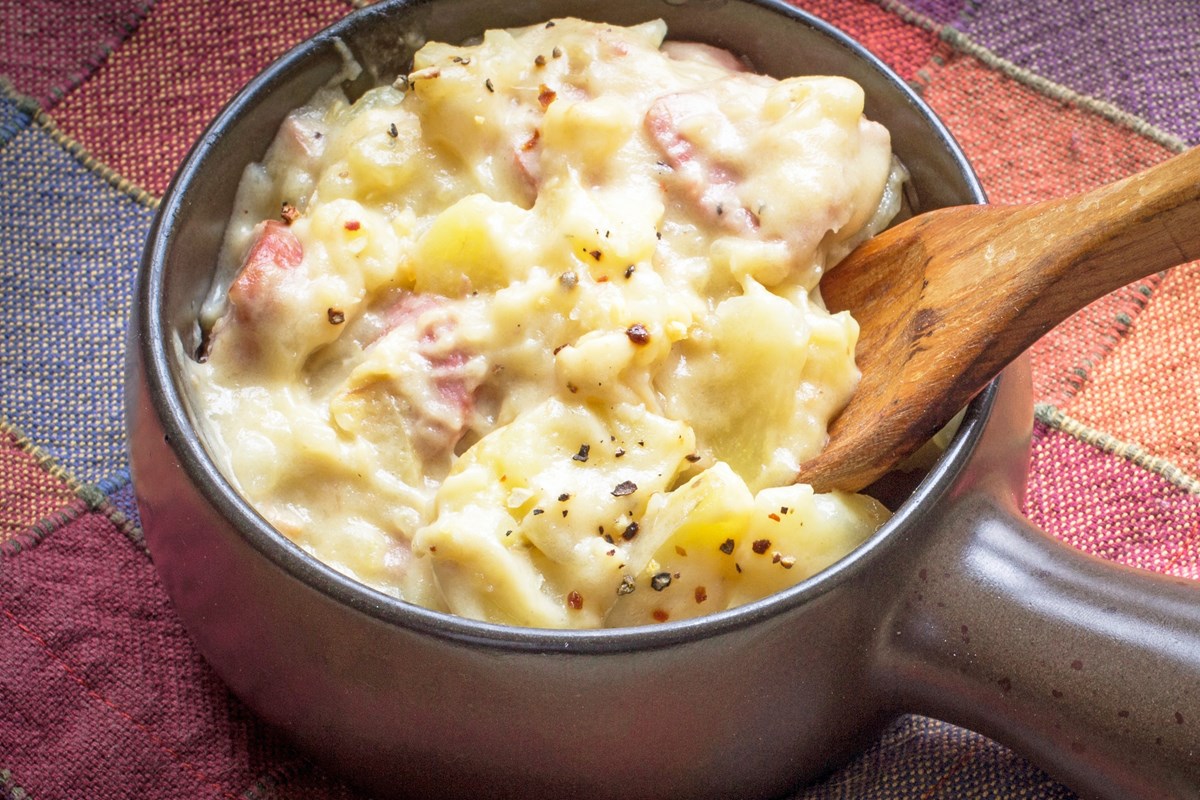 What about you? What’s your favorite healthy casserole?

How many of us have made a New Year’s resolution to lose weight? Eat better? Get healthy?

But much like the sparkly glitter I love so much, these resolutions often get swept up in the days following January 1st, never to be seen again.

When I think about WHY those past resolutions of mine were so unsuccessful, I realized, I was making the WRONG kind of resolutions!

In my column for Organize Yourself Skinny this week I tackle the four weight loss goals I will NOT be making in 2017!

And if you are truly ready to tackle some long-term goals, make sustainable change and live your best life yet in 2017, I encourage you to join us for our Elite Coaching Program, starting January 2nd!

My name is Alexis Eggleton, and in November 2014, I woke up fat in Florida. I was 280lbs, morbidly obese and likely to die an early death.

I have spent the past two years of my life losing -115lbs, gaining my self-confidence and self-esteem, learning to love (not loathe) exercise, learning to cook delicious healthy food and have a ton of great adventures along the way!

I am ready to share my tips, tricks and motivation with you through an Elite 3-Month Coaching Program in January, February and March! Through 10 classes, you will build momentum, find encouragement, learn new health techniques and support to maintain your weight or continue in the weight loss journey. The accountability for 3 months straight is going to help tremendously on your maintenance and weight loss journey.

I want this Elite Coaching program to be your opportunity to set real, sustainable goals and learn the techniques you need to achieve them! Imagine an entire class focused on “Eat this, not that!” or an entire class based on real-life emotional triggers and how we can handle them. Plan on taking a good look at your food choices, and how you can push yourself out of your comfort zone to try new cuisines and food to help you achieve your weight loss goals. I will share my tips for curbing your appetite, increasing your metabolism and living your happiest, healthiest life yet!

Early bird pricing is now available through 12/31 – just $97 for the Elite Coaching program!

If you have taken the November or December classes before, you know how powerful they can be! I truly believe that “What you put in is what you get out!” and I am committed to helping you maximize what you get! Imagine what 3 months of momentum will do!

You will be emailed a link to the coaching session Sunday afternoon, so you can listen at your convenience.

Then each Tuesday evening at 9pm EST/6pm PST Alexis will join you in a Facebook Live Chat in a private Facebook group where you can ask questions, share your journey and support your classmates.

Can’t tune in? No worries – the Facebook Live video will also be available for you to access later if that time doesn’t work for you!

BONUS! As a bonus, the day after each class you’ll receive an email full of additional resources, recipes and tips based on that week’s class!

I encourage you to put yourself out there and make 2017 YOUR year, too!

I have some weird TV watching habits. I will watch, rewatch and then rewatch my favorite shows over and over. When I tell you I’ve seen The West Wing, Blue Bloods and How I Met Your Mother (do NOT get me started on that ending!) at least a dozen times, I don’t mean an episode. I mean the ENTIRE series. I put Netflix on in the background whenever I’m home, so half of my big words, puns and one-liners are probably something I watched on one of those shows.

Gilmore Girls was fascinating to me because I did NOT understand how your mom could be your best friend. Or, at least, I didn’t back when GG was airing. Momma Shelley and I didn’t have a bad relationship, per se, we just didn’t have an easy relationship when I was growing up. My mother saw in me so much more than I did, and she refused to allow me to waste it. Someone once told her how lucky she was that my brother and I were good kids, and she said, “Luck?! I don’t think so! I DID THAT!” True story.

Also, I was prone to be a bit DRAMATIC, which she did not appreciate. Understandably, my teenage years were not a joy for anyone involved.

*Side Note: In my thirties, the coolest thing happened. My mom became my best friend. We talk about just about everything, we travel together and if I ever get married I’m pretty sure she’s going to have to do double duty as Mother of the Bride and Matron of Honor.

But I digress… I loved the Gilmore Girls, Stars Hollow, town meetings and I’m 100% Team Logan. So when Netflix announced the long-awaited revival, I knew I was going to have to binge watch them all the day the came out.

As luck turns out, Mr. Big’s mom, sisters and nieces all loved GG too, so I invited them (and Robin, who is Big’s “practically sister” and one of my favorite people I don’t get to see a lot) to come to our house for an epic Gilmore Girls viewing party. I enlisted Big’s niece Darrigan to help me and kept everyone else in the dark about the plan.

Darrigan and I scoured Etsy, Groupon and pretty much any list that had GG “stuff.” I also enlisted the help of my Aunt Debbie to create handpainted Luke’s Diner mugs with everyone’s name on the back of theirs. She paints anything that holds still – check her out HERE!

So I put together goody bags with the mugs, t-shirts, coasters, stickers, pins and postcards with a map of Stars Hollow for everyone, and found Gilmore Girls coloring books, word searches and Bingo for each season. If you haven’t seen my obsessive personality in action, this is a perfect example.

So with all that fun stuff done, Darrigan and I got to work on the FOOD.

For the first season, Winter, I served snacks – all of the junk food you’d expect like red vines, mallomars, gummy worms, Butterfingers (for Isabella), Skittles and Reece’s Pieces (for Maddy). And a vegetable tray with tzatziki for me (4SP – there were a couple Reece’s). LOL

For Spring, Big’s sister Aimee brought Chinese – egg rolls and steamed dumplings. I skipped the egg rolls but went in on a dumpling (4SP).

For summer, I had everyone make their own individual pizza using individual naan bread from Stonefire Grill – and I made the toppings as healthy as I could with turkey pepperoni and chicken sausage. The bread was 5SP, the cheese was 3SP and the sausage was 1SP. No SP for the tomato sauce. I also had some salad with Marzetti’s Light Red Wine Viniagrette (1SP).

Last, an epic dessert! Dina brought fresh fruit as our healthy option, but… we had some serious ice cream! Ample Hills Creamery in Brooklyn ran a contest to create the perfect Gilmore Girls ice cream (coffee ice cream, chocolate pudding, snickerdoodle cookies and little pink poptart sprinkles) so clearly I had to have that shipped to us! Their ice cream, btw, was INSANELY good and I was super grateful Aimee gave me a half-cup portion because it really was amazing (8SP).

During the six hour marathon I also had 8oz of white wine (7SP) with Robin and… a gallon of water. Yup! I stayed hydrated, too!

It was so fun to see the girls’ reactions to each of the seasons and to the adult nature of the revival, and it was a special day for all of us to be together, just the girls. I loved it, and if there’s another revival you can bet I’ll be repeating this plan (and the ice cream – seriously it was so good!).

What do you think? Would you have done four courses or served different food? Tell me about your GG Viewing Party in the comments below!

This point was fascinating to me because most people I see yo-yo dieting fall into two categories:

First are the people who eat stuff they would’ve absolutely never eaten before starting to lose weight and have no intention of eating long-term. Most people will not eat meal replacement bars or shakes or prepackaged food for the rest of their life. They eat it while they lose weight, and then they go back to eating what they have always eaten. And in most cases, eventually these people will weigh what they have always weighed again.

Second there are those who try to eat knock-off, low-fat and low-cal versions of what they have always eaten. Think Lean Cuisines, fat-free soups, cheese, eggbeaters, etc.

These are short-term solutions, but unfortunately, they’re usually less tasty and less satisfying versions of the thing you want, so most people revert back to the full-fat or original versions when they are done losing or when they just can’t eat the “fake” version anymore. And as they go back to eating what they have always eaten, they eventually go back to weighing what they have always weighed.

Before I decided to lose weight, my eating habits were that of a frat boy on a bender. I smoked cigarettes, drank too much and ate at least one (if not two) meals from a drive thru every day. I overindulged in rich foods, fried foods, prepackaged snack foods and foods high in sodium and cholesterol.

So when I started my weight loss journey, I knew that I could not continue to eat the way I had been eating and expect to live to age 50. So I set out to radically change my eating habits. I started to look for food that would fuel my body, rather than soothe with me, entertain me, or that I could use to stuff down my feelings.

Two years later, I have lost 116 pounds and I am nearing a healthy BMI. I make a point to choose the foods that are healthiest for me as often as possible. That doesn’t mean there’s not cake and cosmos sometimes, but now most of my choices have become about my health.

So for my weekly column in Organize Yourself Skinny I put together “6 Food Goals to Set for 2017” or really, any time you’re ready to start your weight loss journey! These goals will lead you to a cleaner eating lifestyle and hopefully save you money, as well!

Check them out HERE!